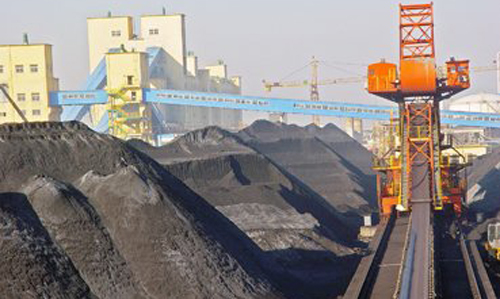 At the close of 2012 Australia was still a priority destination for Chinese investment and held its top ranking as the most significant recipient country of accumulated Chinese ODI since large scale investment began in 2005.However, by 2012, trends also showed that Chinese ODI was becoming increasingly globally diversified.

Australia's attractiveness as an investment destination is buoyed by factors such as low sovereign risk and stable and reliable institutional systems coupled with its natural resource endowment and geographic proximity. Notwithstanding these factors, due to its political nature and wide reporting by the media, most investors perceive that approval by the Australian Government (through FIRB) is a major hurdle for Chinese investment in Australia.

By the end of 2012, Chinese accumulated investment into Australia exceeded USD$50 billion, with mining accounting for 72.6% and gas for 17.5% of total investment.

Chinese direct investment inflows into Australia in 2012 were USD$11.4 billion but below the top position achieved by Canada – due to the completion of the USD$15.1 billion CNOOC Nexen oil and gas deal.

Another trend emerging in 2012 was that investment varied away from mining, which was 48%, to 42% in gas, 3% in agriculture and 2% in renewables. Another variation on historical data trends was that a greater share of investment was by private investors (13% in value) compared to historically State-Owned Enterprises, which accounted for 97% by value. A further variation was that the geographic distribution moved from the trend of 51% in Western Australia and 33% in Queensland to Western Australia of 31.6% and Queensland at 30.5%.

The two main issues for Chinese investment in Australia is obtaining clearance from FIRB and business management post transaction.

FIRB clearance is integral to inbound investment as it is the first step for a foreign person to invest in Australia. However, the Australian Government generally welcomes foreign investments, including Chinese investment, as long as the proposed investment is in line with Australia's 'national interest'. The 'national interest' is examined from six aspects: national security, competition, other government policies such as those concerning tax and environment, impact on the general economy and community and character of the investor. During the 2011~2012 financial year, FIRB approved 10,884 cases of investment proposals from foreign persons, of which 4,752 were from China. Early this year, FIRB approved the proposal by China Investment Corporation backed Chengdu Tianqi to take over Australian company Talison Lithium. This may defy the perception that Chinese investments, especially those from Chinese State-owned Enterprises (SOEs) are discriminated against in Australia.

Some bigger challenges Chinese companies investing in Australia may face is conducting effective due diligence before investing as well as effective business management post transaction. Both are critical to the return on the investment, which is in most cases the ultimate goal of investing.

Most Chinese investments have successfully obtained FIRB approval, but not all have had financial success. There are many cases of reported investment losses, including the CITIC Pacific (CITIC) investment in Western Australia – the Sino Iron project. The project was initially estimated to cost US$2.5 billion and start shipping iron in 2009. In May 2013, CITIC Pacific announced that the first iron ore shipment would be delayed until the second half of the year, due to the frequent interruptions from 'technical and operational issues'. By this time, the project's budget had blown out to $US8 billion. The causes of such massive cost overruns and significant delays were substantially a result of a failure to understand the important issues associated with investing in Australia and conduct appropriate due diligence. For example, when making the original cost estimate, it was assumed that it could bring Chinese engineers and workers to build the mines; it also failed to take into account the need to build an expensive desalination plant for the project and compliance costs associated with prescribed environmental standards in Australia.

The above case demonstrates that the Australian political, legal and social systems are complex and often fundamentally different to those in China. It is critical for Chinese companies considering investment in Australia's resource sector to understand and conduct analysis of the following factors:

The applicable laws (适用法律). The Australian legal system is two tiered, i.e, there are Federal laws and State laws. The state governments are responsible for approving a mining project located within their State or Territory, as the minerals are legally owned by the States in which they are located, but there are circumstances in which Federal approvals are required.

Native title (原住民地权), Native title is another sensitive topic. Australian indigenous people have a special attachment to certain Australian land, to which they claim traditional ownership. Conducting mining activities in an area that involves native title claims may be opposed by the indigenous community and require settlement of claims before mining can proceed.

Access to infrastructure (基础设施使用权), The Australian Government do not always provide infrastructure for commercial activities. Existing infrastructure facilities may have no available capacity or their owner may resist granting access. Given the significant costs required for construction of new infrastructure, commercial viability of the proposed investment may be fundamentally affected depending on the availability or not of infrastructure.

Labour cost (劳动力成本), To maximise job opportunities for Australian citizens, the Australian Government sets high standards for introducing foreign labourers. Generally, to be eligible to work in Australia, workers need to possess skills in shortage in Australia and English proficiency. Approval of investment in Australia by a foreign person does not automatically permit the foreign person to bring in its own work force.

These issues, if not well understood and addressed prior to and during the investment, will likely cause delays, cost overrun and a decreased financial return investment.

In post investment business management, Chinese companies generally find it challenging to deal with local laws and regulations, the need for consultation and on the approval from multiple government levels, agencies and local communities. Corporate Governance is another challenge due to the fact that it is relatively new in China and the Chinese system differs greatly to that in Australia. Listed companies are also required to comply with onerous continuing disclosure obligations which Chinese investors are not used to. These challenges, if not well handled, could result in investment failure and reputation damage. The latter will have long term impact on Chinese companies as a group.

Solution to these challenges is one and the same – getting the right people in place.

Chinese companies, especially SoEs, tend to appoint Chinese directors and senior managers to their controlled entities in Australia from among those holding managerial position within the parent company. This probably reflects the relationship-based business culture in China. Although these appointees can represent the parent company's interest in the Australian entity well, there can be problems relating to the difficulty of communication between Chinese and foreign directors and senior managers, due to language barrier as well the lack of common cultural value. For example, it is reported recently that tension between Yancoal's Australian management and its Chinese-controlled board has caused the departure of its former CEO.

In addition, Chinese directors and senior managers may not have acquired the knowledge and skills in dealing with local political, economic, legal and social issues.

The experience of Hanlong seems to offer a better alternative. Hanlong has a majority stake in Moly Mines, but a minority of directors in the board. Both the chairman and managing director are non-Chinese. However, the performance of Moly Mines was ranked the second among the four Chinese-controlled entities.

It is important to keep in mind that when it comes to company directors and senior managers, it is their local knowledge, skills and cultural awareness, rather than their nationality or ethical background, that are important. Chinese executives with Australian business experience could be a source of talent for Chinese companies to select directors or senior managers for their Australian subsidiaries.

The points raised in this article are only illustrative of challenges Chinese companies face in investing in Australia. They are far from exhaustive. The root cause of these challenges is the difference in political systems, histories and societies between the two countries. This difference can and will be reduced over time with the increased engagement between the two countries on all fronts.